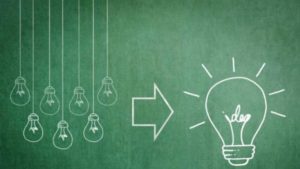 Now that the challenge of tackling global climate change has been universally accepted by all countries and people (with the notable exception of Mr Trump and his cronies in the White House and Federal US government) through the Paris Agreement, it is important for all countries, companies, NGOs, universities and other relevant stakeholders to share knowledge and hard technology for mitigation as well as adaptation across countries both North-to-South, South-to-South, and perhaps even, South-to-North.

I will describe below some of the ways that this can be done most effectively.

First let me start with mitigation, or reducing emissions from greenhouse gases, mainly from burning fossil fuels such as coal, petroleum and natural gas, as well as, from methane emissions from livestock and rice paddies. The main technology to be deployed here is green and sustainable energy sources such as solar and wind energy in order to replace dependence on fossil fuels over time.

This kind of transfer of technology is very much a part of the traditional paradigm of North-to-South transfer of hard technologies such as solar panels and wind turbines.

Bangladesh has been at the forefront of rolling out solar home systems to more than four million households, providing mainly lighting to around 20 million people in all parts of the country. The challenge now is to scale up the solar units to provide more electricity for productive uses, such as running irrigation pumps and small scale industries. Current pilots, if successful, can be scaled up rapidly.

Another important area is transportation, which still remains largely dependent on petroleum and natural gas. While using natural gas is better in terms of emissions than petroleum, nevertheless transitioning to electric vehicles using solar of wind energy would be the goal.

But, when it comes to the topic of adaptation to the adverse impacts of climate change, then the traditional North-to-South and hard technology transfer model does not really apply well at all.

Hence, adaptation is a learning by doing process, in which the knowledge generated is experiential knowledge and not just a simple one-size-fits-all hard technology that can be simply taken from one place or country and transplanted to another.

In such cases, the best way to share knowledge, and thereby transfer it from those having developed the adaptation knowhow to others who wish to learn, is for the latter to visit and spend time with the adapters and learn from them how they did what they did. In other words, the traditional tools of technology transfer by sending international experts to travel to a country and run workshops will not be very effective.

Rather we need to combine knowledge generation and sharing with longer term capacity building at the national level in each and every country.  In this context, the institutions that are supposed to build capacities of a country’s citizens are its universities. Until now, they have been utilised very little.

So, when it comes to transferring knowledge on adaptation, it is less about hard technologies and more about sharing experiential knowledge from practitioners to others.

Bangladesh has done relatively well at developing knowhow on adaptation to climate change impacts from salt tolerant varieties of rice and other crops to improved water management, as well as, in terms of disaster risk reduction. The university and research sectors have also organised themselves into a platform called Gobeshona where they share knowledge both with each other as well as with other users.

Finally, Bangladesh is also sharing its knowhow on adaptation to climate change with other developing countries through South-South cooperation and is also quite willing to share adaptation knowhow in a south-to-north direction with the developed countries.

As tackling climate change is a global problem, all citizens and countries need to find ways of tackling it, and when a successful way is found, share that information quickly and effectively with others. Bangladesh is ready to play its part in this global knowledge sharing enterprise.

Originally this article was published on June 24, 2017 at Daily Star. The author Dr. Saleemul Huq is the director of the International Centre for Climate Change and Development (ICCCAD) at the Independent University, Bangladesh (IUB).
Email: saleem.icccad@iub.edu.bd